skip to main | skip to sidebar

Discovered this song today and really still can't believe it is real. I've already requested that Mark learn it and sing it to me on occasion. Yes, it is that awesome.

Caryn Shaffer - Wesley Willis
UPDATE: due to the sad news that lala.com has been shut down (boo iTunes), here is a clip of the song on Amazon.
Posted by Caryn at 29.3.10 1 comment:
Labels: me, music

Mark and I saw The Clogs in concert yesterday. We weren't too familiar with them before we heard about the concert. What captured our interest was that Sufjan Stevens and Shara Worden (My Brightest Diamond) were performing with them. We've seen My Brightest Diamond perform here a little over a year ago and love love love her (Mark actually did a video for her in college), but Sufjan has not been anywhere near Knoxville so we thought it was worth it to see him (even if he only played a little). We both began to listen to The Clogs new album and found it interesting. The concert however was wonderful. Their music is so much lovelier live. It's one of those concerts that there are many instruments, the music fills the auditorium and at times you are afraid it will end too quickly or not at all.

I'm actually not much of a concert person. At least not these strange "indie" concerts. I find the audience of these particular concerts to be extremely rude and distracting. There were so many people getting up and moving around, looking at their bright cell phone screens, whispering, taking pictures…. I hate how easily distractable I am. I much prefer the symphonies and jazz concerts where it feels like no one dares move for fear of missing something spectacular or breaking the mood. Symphonies always have an older audience and it is lovely. I always feel I must be very proper and have brilliant etiquette. I'm much more able to get enveloped in the music.

Overall, the concert yesterday was nice, but frustrating. The high point for me however was the last song they played. Sufjan and Shara both performed with The Clogs and it was a hauntingly beautiful song. I wanted to weep at its loveliness. It is very rare for me to feel that way about a song and I have been obsessively listening to the song all day as I process the emotions it brings. The recording on the cd isn't quite the same as the ambiance of the theater and the sound swirling around the room, but it begins to speak to the feelings. Be moved too.
We Were Here (feat. Sufjan Ste...
UPDATE: due to the sad news that lala.com has been shut down (boo iTunes), here is a clip of the song on Amazon.
or to hear the song in its entirety watch this video (which is the actual concert I was at just a few seats over from whomever uploaded this! but I suggest you close your eyes to not be distracted).
or just go buy the song. You won't be disappointed. I promise.
Posted by Caryn at 28.3.10 No comments:
Labels: concerts, Knoxville, music 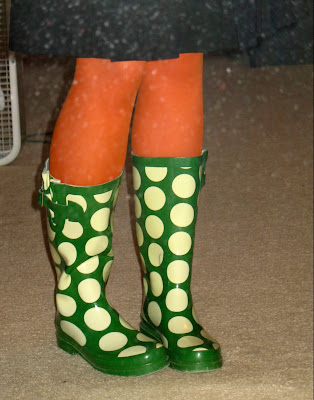 seriously… I want a dog. the mountains are seeping in 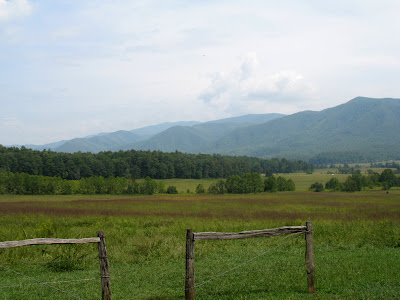 We took to the road this weekend for a dear friend's wedding. We both desperately wanted to fly there, but just could not justify over $600 a piece for a shorter trip. So Thursday night, we packed the cooler full of edibles and hit the road. Dallas is a 13.5 hour drive from our dear little house in Knoxville. We stopped somewhere unimportant along the way and finished the drive on Friday. The wedding itself was good, but I don't feel there is anything exciting to relate. The memorable piece from this weekend is about the mountains. I haven't been to Texas in a while and I have to say that we were both quite shocked at how flat Dallas was. And even most of the Arkansas we traveled through too. When we were still at least a half hour away from Dallas, we could see almost every detail of the Dallas skyline. It was so odd. Saturday morning, while Mark did the groomsman thing with the groom—I took a trip over to Frisco and hit the Ikea. (Yes, we really are that pathetic that we must stop at Ikea if we are within an hour's distance.) It was lovely to drive there and back and yet I was very unsettled at how flat it all was. I haven't felt this feeling before, at least not this particular form of homesickness, but I really missed the Tennessee mountains. It was such a lovely sight as we got closer and closer on the drive back Sunday. We kept going up and down more and the view got shorter and shorter. I really did feel like an idiot a couple times as I grinned widely to see all the peaks and valleys ahead of us. If you haven't done the drive on 40 between Nashville and Knoxville, it really is quite lovely. So many trees and so much off in the distance. Truly a sight to behold. I've been slowly feeling that this little town was staking its claim on my heart for this period of time—but I knew it to be so true as I came home to the mountains. Knoxville really is a lovely little place.
Posted by Caryn at 15.3.10 2 comments:
Labels: Knoxville

I've been thinking about this list for quite a while. I like to make lists. A lot. This list is coming out of the realization of my upcoming 26th birthday in September and how that sounds really old to me. I know it isn't, but it has made me think about having more goals and attempting harder to attain them. So, here is my big list, in no particular order. Some are big things and some are small things. The before I turn 30 list. I will be updating and referring to this list hopefully a lot in the next few years. Here I go…

1. start capturing life with a Polaroid camera
2. begin a garden
3. learn French
4. visit DisneyWorld
5. start a family
6. send a children's book draft or portfolio of illustrations to a publishing house
7. rescue a dog
8. learn some front end coding
9. build a clothesline
10. sew clothes for myself
11. paint a really big canvas
12. start a family wall of pictures
13. make a new website for my portfolio
14. make a pie from scratch
15. renovate the kitchen
16. ride a ferris wheel
17. visit a photobooth
Posted by Caryn at 7.3.10 No comments:
Labels: lists, the list, to do
Newer Posts Older Posts Home
Subscribe to: Posts (Atom)

Caryn
New York, New York, United States
I've always wished I was a superhero of some sorts with a flashy and unfashionable costume. Instead I'm a wife, mom and children's book illustrator. Here I post about illustration and other random things I love. I'm obsessed with picture books, owning over 700 and I'm passionately blogging about them at threebooksanight.com.